NB: All articles of this website is not medical advise. These are in details information about constipation

Home / Causes / Does Ibuprofen Cause Constipation?

Does Ibuprofen Cause Constipation?

Ibuprofen used to be registered as Brufen, and is part of a group of medicines called “nonsteroidal anti-inflammatory drugs (NSAIDS)”. When the term NSAIDS is mentioned, gastrointestinal disorders automatically come to mind. Does Ibuprofen cause constipation? Yes, it does, and because of that, it should be used with your gut health in mind, and only under the supervision of a medical practitioner.

Ibuprofen is most commonly used as an anti-inflammatory drug. When someone is diagnosed with Rheumatism, Gout, bursitis, or any other inflammation-related condition, Ibuprofen is usually part of the medical prescription. Unfortunately, many patients use Ibuprofen irresponsibly. If not used according to the doctor’s prescription or the pharmacist’s guidance, you can end up having to see the doctor for treatment of a gastric ulcer. One of the most prevalent side effects of Ibuprofen is constipation. So when the question is asked: “Does Ibuprofen cause constipation, the answer is a resounding “YES!”

Consider the following: there are alternatives available. What is best for your health: Ibuprofen, or a natural or chemical alternative that does not cause constipation and all kinds of other side effects such as high blood pressure and heart disease?

For inflammatory conditions, NSAIDs are still considered to be the most effective treatment. But it should be used with your health in mind. Always start with the lowest dose first, and only increase the dose if the lower dose does not work. Always try to use a dose low enough not to cause severe constipation. And remember: a too high dose will undoubtedly cause gastrointestinal disorders such as constipation.

Weigh the pros and cons. What is the most debilitating: constipation, or the inflammation?  Ibuprofen does cause constipation and other gastrointestinal disorders. Bear that in mind when you use Ibuprofen. Use ONLY what you need, and stop as soon as possible.

Are there any alternatives to Ibuprofen are available that do not cause constipation?

Certain studies have shown that heart failure can to an extent be attributed to heart failure. So which safer alternative is available?

If you need to make use of fewer NSAIDs, or just simply want to use a safer alternative, relate these options as stated below to your medical practitioner. And always remember and never forget that any medication whatsoever always needs to be prescribed according to YOUR specific needs and YOUR health risk profile.

So what alternatives are available?

Acetaminophen (Paracetamol), there are several brands of acetaminophen available: Tylenol, Panado, Panacor, Panadol, etc. Try these first. Acetaminophen is very gentle on the stomach, but know that this medication does not specifically work to reduce inflammation. If your pain or inflammation includes a swelling then this medication may not completely serve the purpose. And while Ibuprofen may cause constipation and other gastrointestinal disorders, acetaminophen is well known for being able to damage the liver. It is, therefore, advisable to ONLY take what your medical practitioner says is safe.

Safer NSAIDs, Research is still being done to decide which of these meds are the safest for the heart, whether Ibuprofen, Advil, Motrin or Ibuprofen. All of these are exactly the same thing, and all of them can, besides constipation, also cause existing hypertension (high blood pressure) to worsen. It can also cause the development of new high blood pressure. Kidneys are also at risk with these medications, causing a condition called nephrotoxicity. It can also aggravate heart failure and induce a heart attack or stroke.

Aspirin cousins, you may try certain “cousins” of aspirin, referred to as nonacetylated salicylates. These commonly include, among others, salsalate (Disalcid) and tri salicylate (Trilisate). They also work to reduce pain and inflammation like aspirin (acetylsalicylic acid), but they are not as likely to cause damage to your digestive tract or cause internal bleeding.

Tramadol, a powerful pain reliever that is available by prescription only, can substitute Tylenol and/or Ibuprofen, but note that it can cause dependency a can potentially abuse. It can also interact with various other drugs. Your medical practitioner will want to monitor the use of this medication very closely, should it be prescribed for inflammation or rheumatism.

Soothe without pills, other than the methods as used in intrigue during historical times long ago, you have certain methods available to such as exercise, massage, acupuncture and the like. All of these methods can reduce pain, and is sometimes a much better option that using Ibuprofen or other, which can cause constipation.

There are also certain completely natural alternatives available, such as Turmeric; Ginger; Willow Bark. It is advisable to first do your own research before using a natural alternative to any chronic medication. That said, certain studies have shown that herbs and spices such as Turmeric, Willow Bark, Ginger, etc have certain greatly beneficial properties and can, in fact, relieve the symptoms of inflammation and arthritis, making the use of NSAIDS unnecessary. And the big plus is that these herbs and spices are completely natural, and do not cause constipation… or kidney failure and heart failure, for that matter.

Until a foolproof medication is developed for inflammation and arthritis, however, it is advised to try everything with caution and only trust what your medical practitioner says. Keep weighing the pros and cons, and do everything with your gut health in mind. Stay away from anything that may cause you to be worse off than before, and follow the doctor’s advice.

Does Ibuprofen cause constipation? Yes, it does, and because of that, it should be used with your gut health in mind, and only under the supervision of a medical practitioner. 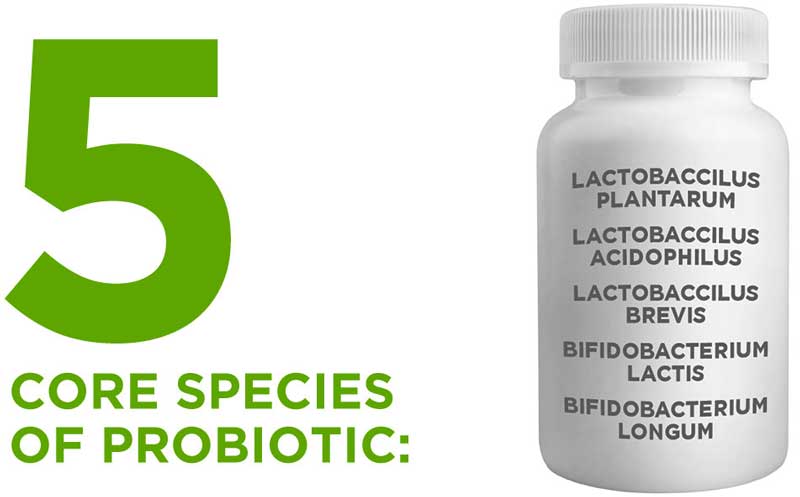 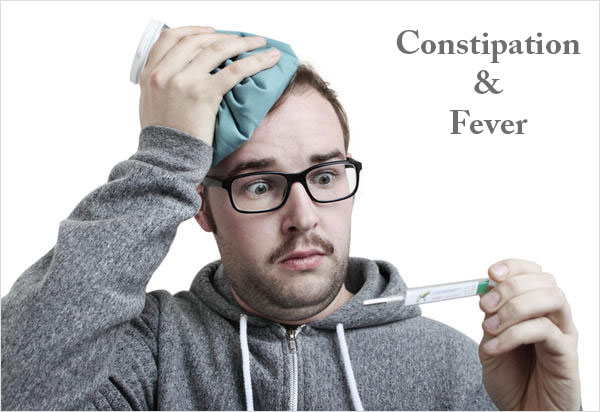 Can Constipation Cause Fever ? 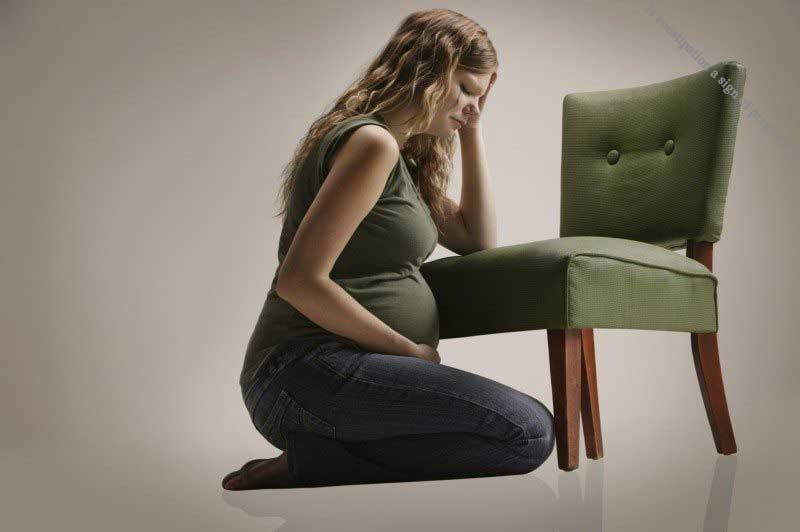 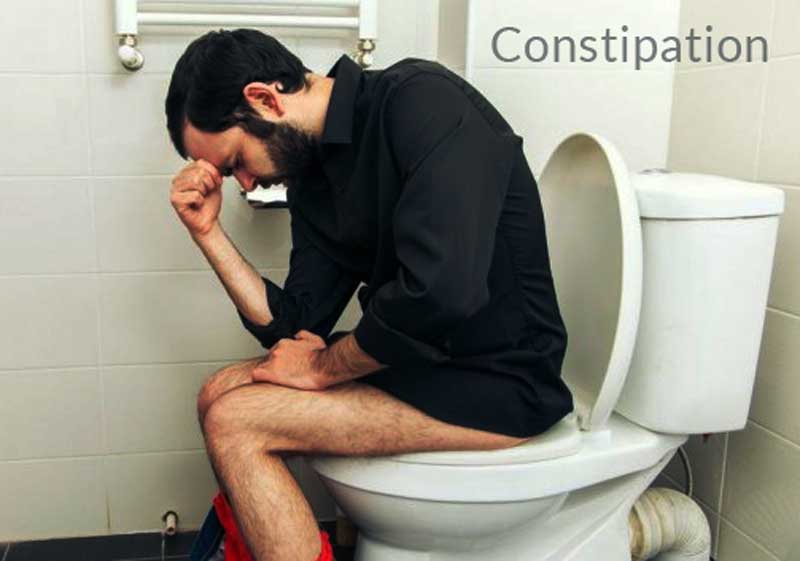 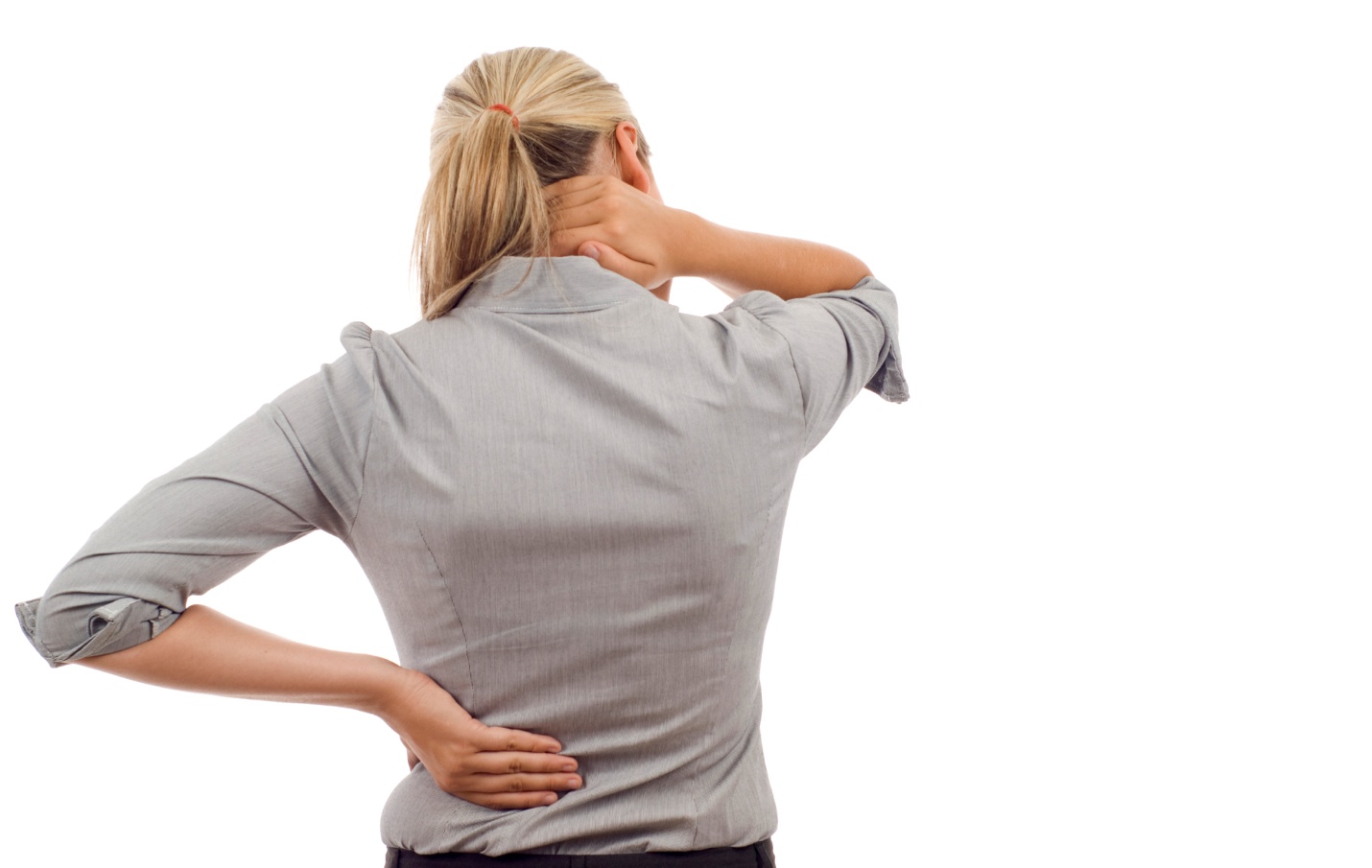 Constipation and back pain – Reasons and Remedies 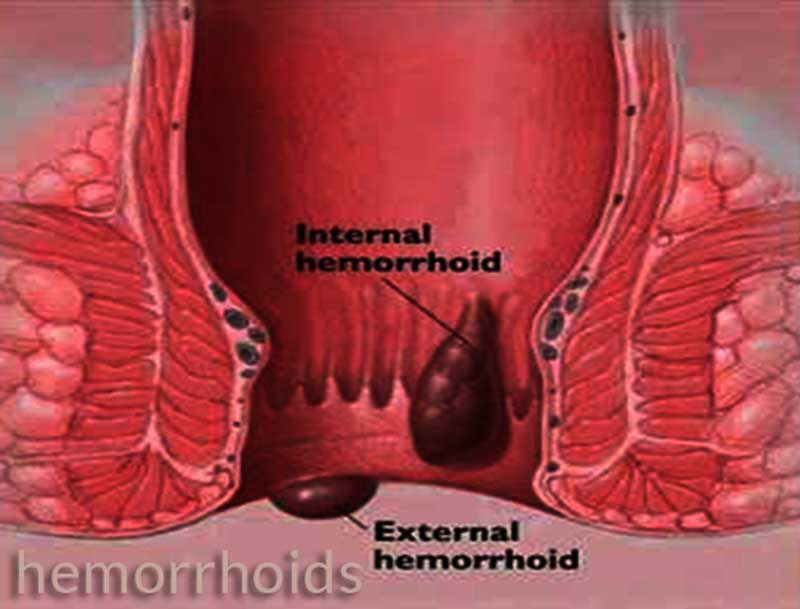 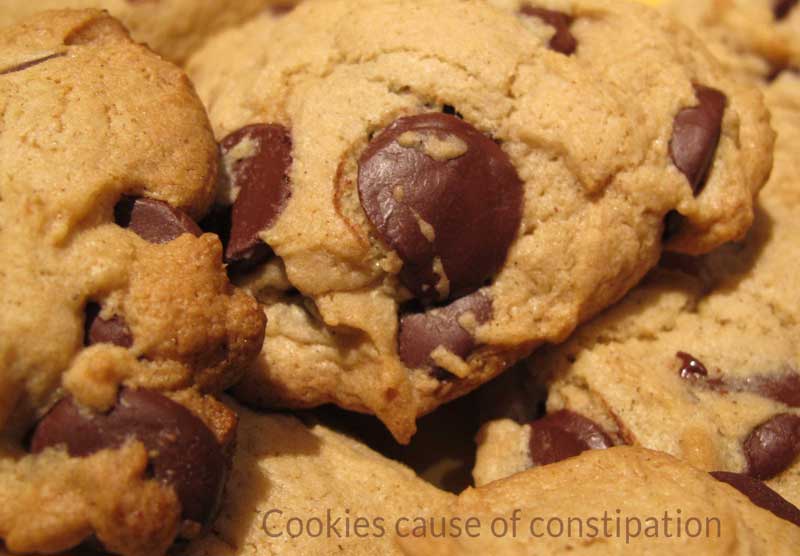 Foods that Cause Constipation 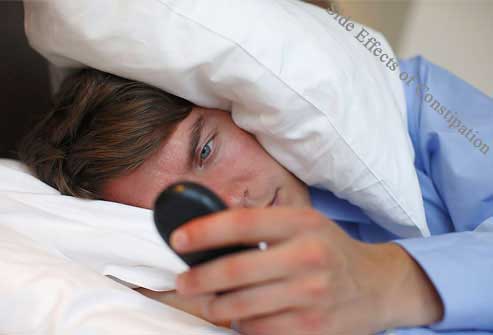 Side Effects of Constipation 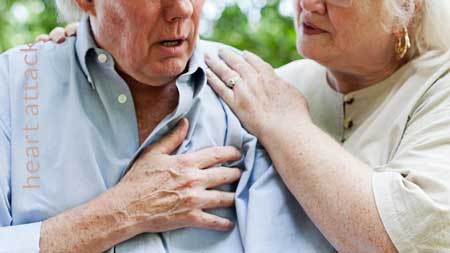 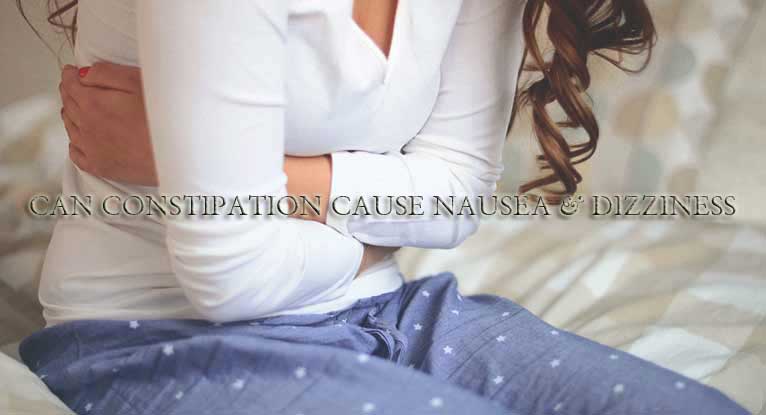 Can Constipation Cause Nausea and Dizziness ? 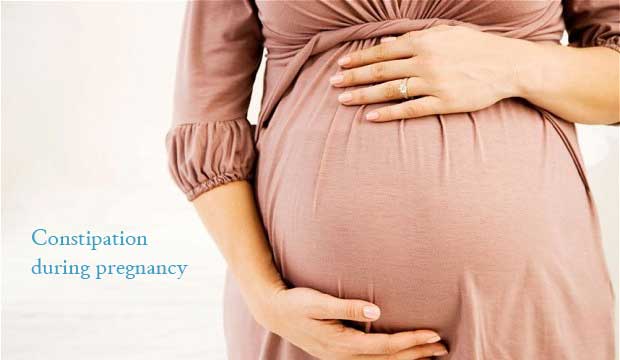 What can Pregnant Women Take for Constipation ? 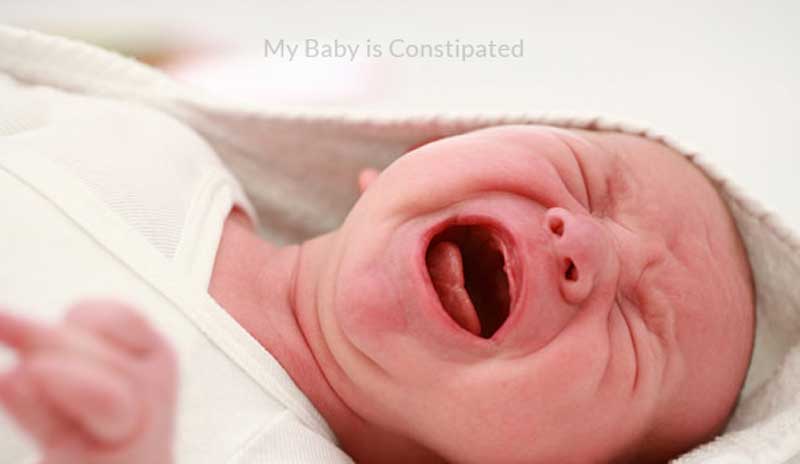